the thought-stream of an artist and writer

I am in a perpetual state of bemusement.
I am always searching but don't always know what I have found.
Putting things together physically, visually or mentally in the language of symbols, or letters, or of clues of some sort is a life long obsession.
This blog is a narrative, a daybook of sorts.

I don't know what a painting or drawing is all about until it is done. I can't see it before hand, and have varying degrees of understanding while I'm working on it. It's all possibility until the end.

When I think about the impulse behind starting a work it's like seeing some sort of ghost. I throw a line out in an excess of feeling, mostly frustration, maybe despair, and see what it suggests as the next move. I know what I've done before that worked, or didn't, but while I'd like success again, I am in new territory. 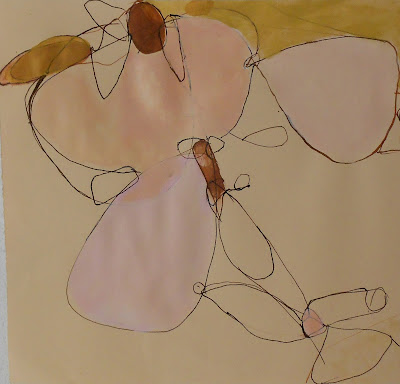 Beginnings are easier than what comes next. A sketch or a study deals with aspects of things. I think of it as an outwardly exploding diagram of possibilities. At the beginning of things so much is possible. Each move brings me closer to the end game. I don't know precisely why that is so difficult. 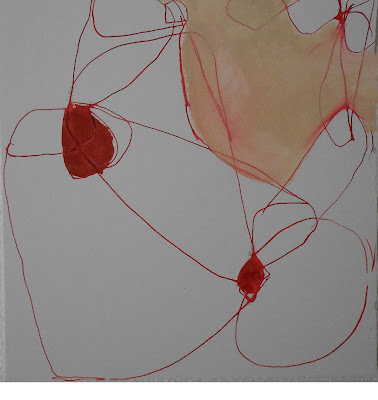 Almost invariably I get totally lost and in a panic. I make a wrong turn and I know it immediately, though I don't know why I should. My eyes see only chaos. I am painting with another sense. 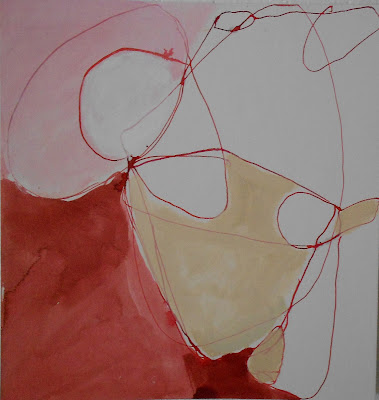 Of my many bad habits, maybe the worst is stopping too soon. One can always pick up later, I think. I love looking at sketches that promise so much. I sometimes must leave them in this state until I have gathered courage to move on. It's only paper and ink, canvas, not life and death, so why does it feel so desperate? 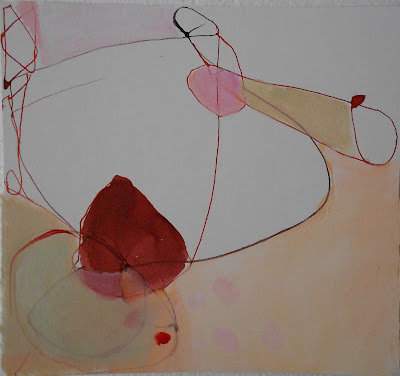 I don't always know when to stop either. I still can't see. Sometimes I do know right away when I have made that adjustment that puts it all right, sends it ticking like a wound clock. When I look at it, I can't imagine how it was done, though I was there for it all. At some point the good ones no longer belong to me, and it is the appearance of that other that is the happiest part of this process. I love being embroiled in this struggle and I love breaking free. It shifts time.

Posted by Tracey Physioc Brockett at 10:13 AM