the thought-stream of an artist and writer

I am in a perpetual state of bemusement.
I am always searching but don't always know what I have found.
Putting things together physically, visually or mentally in the language of symbols, or letters, or of clues of some sort is a life long obsession.
This blog is a narrative, a daybook of sorts. 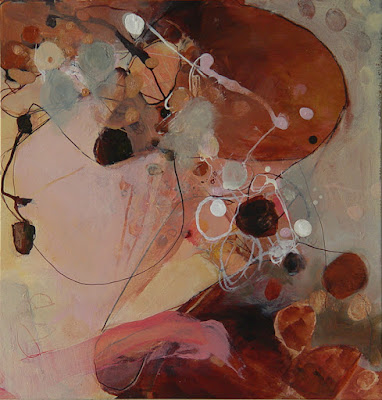 We are awaiting the first major winter storm of the season. Sounds before a storm always seem louder and more resonant to me. I know there is a technical reason for this - having to do with sound waves moving through low atmospheric pressure. It's something my musician husband knows about. I am more interested in what this phenomenon feels like and means in human terms.

We know that the universe is made of various kinds of particles moving and reacting in amazing complexity. Space is a word that conjures up a vast emptiness, but in fact refers to something we don't really understand. As an artist of course I've been interested in the idea of negative space. I love the look of a a shape being pushed and pulled, weighed down by gravity. It has been a understanding among 2 and 3 dimensional artists to think of the space around an object as a solid force with it's own visual weight, and we artists were not all that off the mark. Space is not empty.
I live in an old house in an old neighbourhood, with buildings all wedged in together higgledy-piggledy, and I can feel sound. It is physical, solid. My windows rattle with the percussion of car doors slamming. It bounces off walls and ricochets until I can't tell at all where it came from. 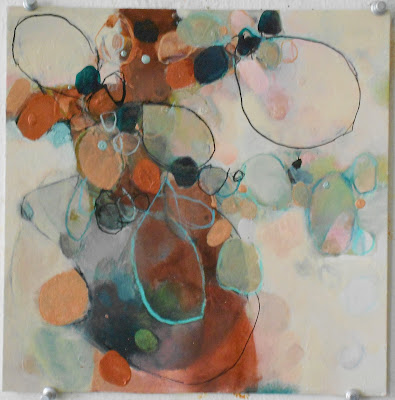 The things that scientists use to explain theories of the Universe sound like the titles of abstract art to me; string theory, chaos theory, dark matter, strange matter, dark energy. When I was in college I hung out with particle physics and astronomy grad students, friends and boyfriends of my room-mates. Their theorizing seemed like a strange brand of philosophy, building on observed facts but light and airy and quite capable of collapse. The known parts of the universe, stars, planets, galaxies are only about 4% of of all matter in space. The rest of it is dark- 23% they call dark matter, and 73% the mysterious dark energy. These are areas that don't radiate light. Because we can't see it, we don't (yet) know if it's is ruled by gravity as is the rest of the universe. Experiments being done at this time seem to suggest it might not be. 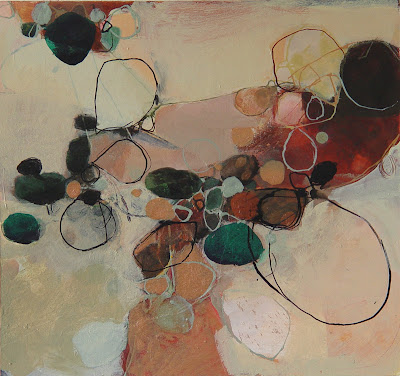 Posted by Tracey Physioc Brockett at 1:30 PM No comments: Links to this post